Something I was thinking about recently:

With the proliferation of ‘smartphones’ and mobile applications there seems to be a digital way to solve everything. From splitting the bill in a restaurant to counting how many drinks you’ve had on an night out. While there are a huge number of useful apps and fun games to use on your mobile, there is also a danger that we are using technology for technology’s sake. Problems are being ‘solved’ unnecessarily. The same is true of web application development. Developers need to consider the problem they are attempting to solve and whether it makes sense to create an application for it.

An equally important consideration is how the application will be accessed and used. Is it quicker/easier/more natural just to do something by hand? If it is, maybe it’s worth solving a different aspect of the problem or heading back to the drawing board. Agile/lean development methodologies and tools are your friends here. If it’s not working, at least it’s easy to change. Or, if you decide it’s not worth pursuing, at least you haven’t spent too much time (and hopefully money) getting to where you are now.

Also, has someone else created an application for the problem you’re trying to solve? If they have, is it popular? If it is, what’s going to make you’re offering more appealing and stand out? How do you price it? If you want people to pay for your app, it better be good, especially if there are a number of free alternatives.  You can see from the link above that there are at least 9 different bill splitting & tipping apps for the iPhone. If I’ve paid for one of them, I’m probably not likely to switch to another unless it offers something remarkable. My desire to switch is further decreased if I’ve got to pay again for the new application. 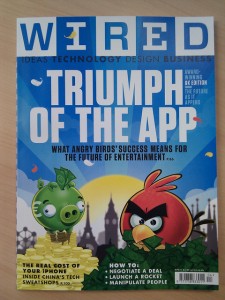 All that said, who says you can't make it big in the App World? Image: osde8info on Flickr

So, to turn Apple’s App Store tag line on it’s head, sometimes, there shouldn’t be an app for that.