Or rather, “I speak Spanish a little.” (I haven’t fallen at the first hurdle, I know it should be español in the title but WordPress doesn’t like it) 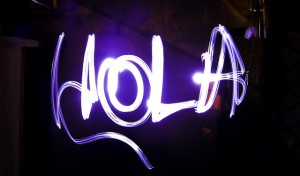 Before Christmas I enrolled on a course to learn Spanish, it’s something that I’d wanted to do for a while but the time never seemed right. I decided to just take the plunge and take a beginner level 6 week course (a one and a half hour lesson per week). Progress was halted somewhat by missing the first lesson (before Christmas) through illness so I’ve been doing a bit of independent study this evening to try and ensure I can catch up quickly with the others.

I’ve never studied Spanish before but I’m interested in the both the language and the culture so hopefully that should stand me in good stead. So far I’d say I’ve invested 30 mins (this evening), listening to the pronunciation of the 29 letters in the alphabet and some basic phrases – all in preparation of the second lesson, tomorrow evening.

My goal is to be able to have a two minute conversation with a football team mate of mine (a native Spanish speaker) by the middle of March – being able to exchange pleasantries, ask questions and respond

Here’s a list of resources I plan to utilise on my linguistic quest:

I’ll try to keep an up to date account of how I’m progressing on here, not least because it will hold me accountable to myself (and anyone else that reads this and asks “How’s the Spanish going?”).