First of all, Happy New Year! I hope you had a great time over the Christmas holidays, I know I did.

At the start of 2011 I wanted to write a post to take a look back at an amazing 2010 – boat parties, football stadiums, sunshine, beats, tribal dances, lagoons, DJs, fishermen and Prime Minister’s.

My first overseas trip last year was to Miami, in March, for the week long Winter Music Conference. I made the pilgrimage to Miami after years of hearing about it as the trend setting musical destination that shapes the summer and I was not left disappointed. 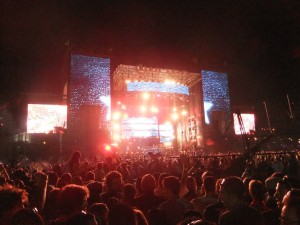 It was an incredible trip. I was lucky enough to catch some of my favourite DJ’s and enjoy all the musical madness under the Florida sun. Read more about the trip here.

In August I traveled with my local (amateur) football club, Nottingham United to Bulgaria for a pre-season tour. I left the UK with the rest of the team, not really knowing what to expect. 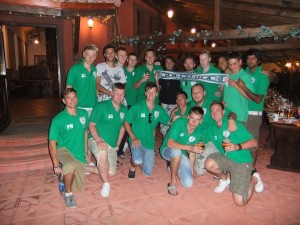 We had a great time, the football schedule was a little full-on but, we got to play some very good teams, even one that included the current Bulgarian Prime Minister. Aside from the football we also got to explore one of the national parks and admire the beautiful scenery of a country I knew very little about before travelling there. Read more about the Bulgaria trip here.

From the beautiful to the sublime, the start of October saw me heading to Sierra Leone for the start of the TribeWanted project there. The lure of the unknown and the chance to explore somewhere completely off the beaten track were the main draws of the trip. 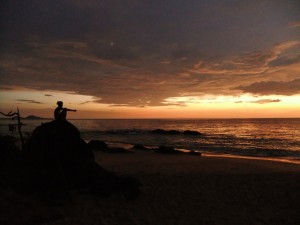 What I found when I got to Sierra Leone blew away all my expectations. The TribeWanted site at John Obey beach is a paradise all of it’s own. Meeting, working and chatting to all the local John Obey residents and floating around the tranquil lagoon at sunset were two big highlights (among many) of an unforgettable two weeks. Read more about my travels in Sierra Leone here.

I was also lucky enough to go to the SW4 music festival in London in August and take a short trip to Amsterdam with some friends.

Last year was a real journey of discovery work wise and I feel I’ve developed a lot of skills I can build on in the future. I noticed that I seem to have developed a hunger for personal improvement both personally and professionally, something which I’m sure will stand me in good stead for the coming months and years.